Joe Flaherty has been teaching and coaching swimmers and swim teams in Montgomery County, MD for more than 30 years. Joe started his career as the head coach for Montgomery County Swim League’s highly successful Flower Valley summer swim team, a position he held for 25 years. He led that team to an unprecedented 20 consecutive years in the “A” division, was undefeated for 16 years of “B” meets, and coached 40 15-18-year-old swimmers in his final year. He founded the Dolphins year-round competitive swim team and program in 1983.

Since then, he has worked with thousands of swimmers, from beginners, to competitive athletes who have ranked among the top 16 in the United States. Joe took one swimmer to Olympic Trials His expertise in stroke technique regularly brings swimmers from other teams to his advanced stroke clinics.

Coach Flaherty’s emphasis is on leadership and character development as much as technique and speed, and many Dolphin alumni have paid tribute to his role in their success as adults. He was the 2005 recipient of the coveted Doc Counsilman Creative Coaching Award from the American Swim Coaches Association. In 2003, he received the Small Business Award from the Montgomery County, MD Workforce Investment Board for his professional coaches training programs. 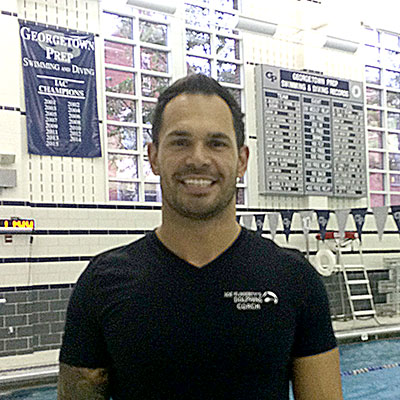 Boris started coaching for JFD in the fall of 2003, and became dryland coach in 2004. Boris is U.S. Swimming-certified coach. He is an ASCA level III certified coach and is also a certified site supervisor. 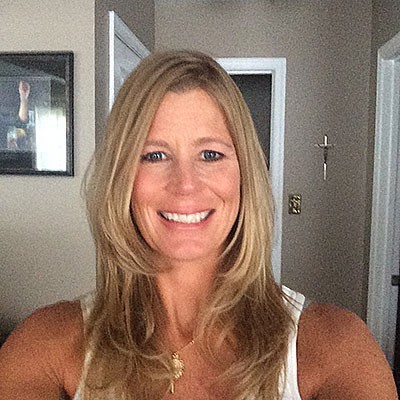 Shannon started as a competitive swimmer in Montgomery County three decades ago. Since that time, she has added coaching and teaching others to swim to her resume.

Shannon joined JFD in 2007, where she now oversees the swim lesson, stroke clinic and coaches training programs. She is the Head Coach for the Lakelands Lionfish in the Montgomery County Swim League. She also gives private swimming lessons to children and adults.

Shannon is an ASCA level III certified coach. She has developed multiple PVS and MCSL record holders as well as top 10 nationally ranking swimmers including a swimmer ranking first in the nation. Her other certifications include CPR/AED for the Professional Rescuer, American Red Cross Lifeguarding and First Aid, and Safety Training for Swim Coaches. She is also a certified Swim America Site Supervisor. 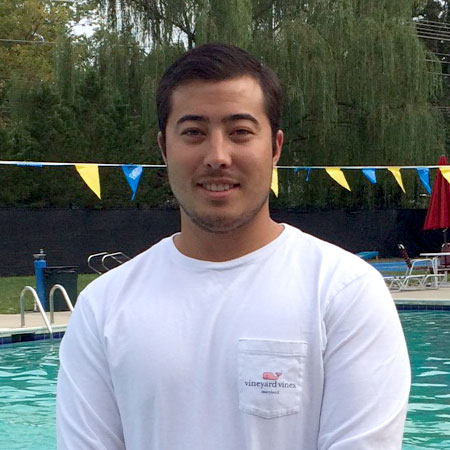 Kyle Brown began coaching for JFD 11 years ago. He began swimming at the age of 13 and quickly began to pick up the art of coaching. As a teenager he competed for the Manchester Farms Dolphins in the MCSL, and began volunteering with their pre-team and mini's. Kyle joined the JFD staff in the summer of 2005 starting in the lessons. Here at JFD, Kyle became a certified site supervisor, an ASCA level II certified coach, as well as a certified USA Swimming Coach. Kyle also holds other certifications such as CPR/AED, American Red Cross Lifeguarding and First Aid, and Safety Training for Swim Coaches.

Kyle graduated from the University of Maryland in 2013, with a bachelor’s degree in Kinesiology. During his time at UMD, he began working for many MCSL teams as an Assistant Head Coach. Kyle is now beginning his first year as Head Coach for the Manchester Farms Dolphins alongside his wife Kristyne, and his two younger brother Keith and Kole.